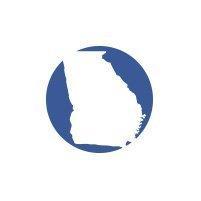 Ganglion cysts are the most common soft-tissue tumors of the hand and wrist, usually developing after the age of 50 in adults with osteoarthritis. Although a ganglion cyst is not cancerous, it can be painful, limit motion, and cause weakness. The experienced orthopaedic physicians at Georgia Hand, Shoulder & Elbow, in Atlanta, Athens, and Marietta, Georgia, are available to evaluate your ganglion cysts and recommend individualized treatment to restore function and relieve pain. Call or schedule your consultation online today.

Ganglion Cyst-Fingers - what is it?

Ganglion cysts are frequently located on the top or bottom of the wrist. Another common location; however, is the joints of the finger near the fingernail (distal anterior phalangeal joint). The cyst at this location usually occurs between the ages of fifty to seventy. It is associated with a local area of osteoarthritis (Heberden's nodes). The exact cause of these ganglion cysts is unknown, although it is certainly associated strongly with localized osteoarthritis. These cysts are not cancerous and do not become cancerous.

The cyst usually presents with either pain or soreness, a deformity of the nail, or a visible small mass on the top of the finger just proximal (before) to the nail.

The diagnosis of a ganglion cyst at the DIP joint (mucous cyst) is usually easy to during the physical examination and history. X-rays are frequently ordered to identify the extent of the localized osteoarthritis. This will aid the surgeon in preoperative planning and discussing the need for more extensive operations.

Surgical excision, the surgical treatment of the cyst is usually an outpatient procedure performed under local anesthesia. The finger is anesthetized with an injection at the palm level.

Will the cyst recur?

Will the deformity in the nail improve?

Usually, with the removal of the cyst and relief of the pressure on the germinal matrix (the part of the nail that produces the nail) of the nail, will improve in its appearance. This usually requires at least four to eight months.

Ganglion Cyst Wrist - what is it?

A ganglion cyst is a benign (noncancerous) mass usually on either the top or bottom of the wrist. This cyst may be small or may be up to 2 to 3 cm in size. The wall of the cyst is made of collagen and filled with a thick gelatinous fluid. Ganglions are not cancerous and do not become cancerous.

The exact cause of a ganglion cyst is unknown. A small number (perhaps 10%) are associated with a known traumatic event. Usually, there is no obvious cause. Ganglions are generally located on the top or bottom of the patient's wrist; however, ganglion cysts have been described on all the joints of the wrist and hand.

Most patients notice a mass with swelling about the wrist. Frequently, the mass is not painful but may be of great concern to the patient. The patient worries about the cause of the mass and the appearance. If the ganglion cyst does bother the patient, it is usually either a dull ache or a sharp pain usually in the area of the ganglion cyst and increases with flexion or extension.

The diagnosis of ganglion cyst can be made by history and physical examination. Ganglion cysts have a classic look and feel and are usually in a very specific location. X-rays may be ordered to evaluate the possibility that the cyst extends into the bone or to see possible evidence of ligamentous injuries. Both of these problems are relatively uncommon. For a patient with a painful wrist that clinically sounds like a ganglion cyst, but cannot be palpated, an MRI may be ordered to evaluate this further.

Excision (removal) of a cyst may be recommended. Indications for cyst removal are pain, unsightly appearance, or to confirm the diagnosis. The surgery may be done as an outpatient with either general or regional anesthesia. The cyst is removed tracing it down to the wrist joint, which is the origin of the cyst. The cyst is then removed along with the part of the wrist capsule. The bones and ligaments around the cyst in the wrist are inspected, but usually no further treatment is required except for excision.

The surgeon will usually place the wrist in a bulky dressing that includes a splint. The patient's finger, thumb, and elbow are free to begin range of motion. The dressing must be kept clean and dry until the first postoperative visit some time between one and two weeks.

Will the cyst recur?

The exact percentage of recurrence after surgical excision is unknown. It is probably between 10 and 15%. If a cyst does recur, the appropriate treatment is similar to the primary cyst. Observation may be chosen. Repeat removal may also be chosen.